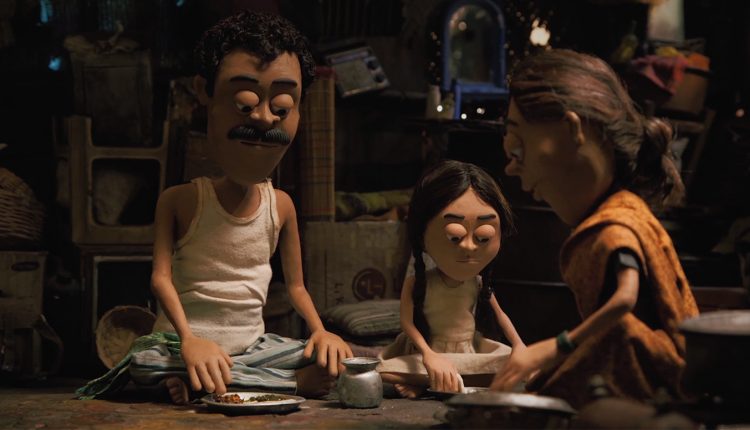 A clumsy accident leads a young girl onto the streets of Mumbai in the hope of making things right. A gentle and touching father/daughter story depicted in exquisite stop-motion from Indian animation mainstay, Studio Eeksaurus. A selection of Short of the Week, the web’s leading curators of quality short films.

he spark for today’s short film came from an everyday experience, simple and mundane. Traversing the crowded streets of Mumbai in his car, animator Suresh Eriyat was approached by a young girl selling baskets. Eriyat shooed her away—it is assumed by most that the hordes of children who pounce upon motorists at the stoplights of the city are organized by gangs, thus any charity exhibited directly rewards the practice of putting children to work as beggars. Yet, despite the unremarkable nature of this occurrence, Eriyat was struck by guilt. Describing the thoughts that circled his mind, he writes, “What if she was in a precarious situation where she had to sell baskets to bring peace to her home? What if she needed some help from Me? How insensitive of me?” The premise of a story was born, one that would take 8 years to bring to completion.